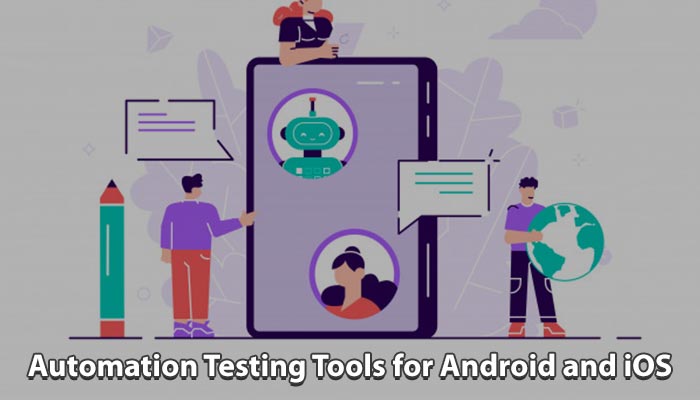 It is quite difficult to develop mobile applications as compared to developing PC software embedded software. Mobile Application development requires a set of great tools and practices that are used to make the mobile application agile. But if you consider manual testing for mobile automation that will never be agile, this is where test automation comes into the picture. It has shown tremendous growth among app and game developers in the past times by speeding the performance and providing better results.

Automation testing for mobile provides compatibility between users, devices, and the market. There are a lot of tools are available which make test automation a perfect platform for your application. Automation testing of the mobile application provides significant value-added advantages by making testing to be done in a parallel manner. It is like a nightly test sessions which means your tests will get finalized by the next day and the results of the latest regression will be ready for review. This will save a lot of time since the issues will be fixed a bit earlier and the developers will get enough time to finalize the product that will best suit your requirement. Additionally, it provides better quality with quite fewer bugs.

It is the process in which various applications are designed and developed for mobile devices such as smartphones, tablets, PCs or phones, etc. These applications are tested for their better functionality, consistency, and usability.

The followings are the basic categories under which mobile application testing is done.

1. Functional Testing: It includes basic types of testing to check the functionalities of the applications as per the requirement.

3. Memory testing: Since mobile devices come with limited memory compared to computers, this type of testing usually optimizes the memory usage by a particular application.

4. Interruption Testing: This type of testing is used to check for interruptions due to incoming calls or SMS, low memory warning, low battery warning, etc. during the run-time of the application.

5. Installation Testing: This type of testing includes identifying the easy and smooth installation process that will include updating and uninstalling as well.

6. Usability Testing: This type of testing is used to check the efficiency, effectiveness, and satisfaction of the application.

Several automation tools are exclusively designed to test android applications. Such as-

2. Ranorex: It is easy to use a paid mobile automation testing tool. It is used to develop and manage projects with developers and QA specialists. It provides easy installation for non-developers along with easy maintenance. It has a UI map editor, Click and Go Xpath editor. It supports dynamic ID as well.

3. Espresso: It is the latest automation testing tool for Android. It has got open-sourced exclusively by Google, making it available for developers and testers to get their hands on it. This tool has an API that is quite smaller, predictable, and easy to learn which is built on top of the Android instrumentation framework. The developers can easily and instantly write concise and reliable Android UI tests with it.

It is supported by API level 8 (Froyo), 10 (Gingerbread), and 15 (Ice Cream Sandwich), etc. It's quite reliable and can be easily synchronized with the UI thread because it doesn’t necessarily need any sleep.

4. Robotium: Robotium has been one of the most widely used Android application testing tools since the early days of Android until now. It is an open-source library extending JUnit besides with plenty of useful methods for Android UI testing. It provides very powerful as well as robust automatic black-box test cases for Android applications, let that be native, hybrid, or web testing. You can write function, system, and acceptance test scenarios with Robotium for the applications having test codes.

5. Selendroid: It is one of the most powerful tools for Automation testing of different kinds of Android apps. It supports full integration with the current Selenium framework because of the client API interface. It can be used on real devices, emulators as well as simulators. It has a special tool that is called as an Inspector for checking your app's UI. It also supports old Android versions providing the ability to plug and unplug hardware devices without stopping the process. It provides complete compatibility with JSON wire protocol and also with selenium webdriver.

1. XC Test: The framework called XCTest can be used as an automation testing tool for iOS. This test is provided by Apple and it has quite a good integration with the IDE to write and run your tests. OCUnit is a testing tool before iOS 6 that can also be taken into consideration.

2. OC Mock: OCmock is widely accepted by developers for automation testing in iOS devices. It's like a typical mock object framework and it's quite suitable for stubbing out and making mock objects of stuff, such as a code that can leverage in a remote API, like a web service.

3. KeepItFunctional (KIF): KIF is one of the best automation tools and is a framework that is best suitable for integration testing of iOS applications. It facilitates test case integration on iPad simulators as well as on iPhone. It supports different iOS versions providing easy to learn and apply settings.

4. iOS Driver: It is an open-source tool that can easily integrate with the Selenium grid. It automates the testing of native and hybrid applications using Selenium Webdriver. It doesn’t need any additional application or app code.

5. TestFlight: It is an amazing mobile test automation tool for developers, which let them invite users to test their application. You can invite up to 1000 users as well as QA engineers via mail.

Certain such automation tools support both Android as well as iOS applications. Some of such tools are-

1. Appium: It is the most favorable and reliable tool for mobile automation testing. Or we can say it is the best automation tool for mobile applications. Being an open-source platform makes automation of API testing easy. It translates the selenium commands into UI automation for Android or iOS as per the requirement. It supports multiple languages such as Java, Python, JavaScript, PHP, Ruby, etc. along with multiple platforms such as iOS, Android, Windows, and Firefox OS.

2. eggPlant: It is one of the most modified as well as advanced mobile application testing tools for Android as well as iOS. It covers a large variety of tools for any kind of functional testing. The instruments of this tool can function on their own and can also work with an external tool in any environment.

4. Calabash: It’s used to perform acceptance tests for Android and iOS apps. It can be used by mobile developers as well as by those who are novices into coding skills. This automation tool enables the UI interactions within an application such as inputting text and validating responses. Additionally, it contains libraries with the help of which, test-code will be able to interact with native and hybrid apps.

Testing plays a very crucial part in the success of a digitally evolved organization ensuring a highly competitive landscape of mobile applications as well as games. But poor testing can show the reverse result. Automation testing for mobile applications can't be done a day before the market launch of the app. It has to be planned earlier keeping the launch date in mind.

Oditek Solutions will help you automate your application providing you a great user experience and design. We have a team of efficient developers who are quite experienced in the automation task, guarantying you better performance along with better speed. Contact us now! 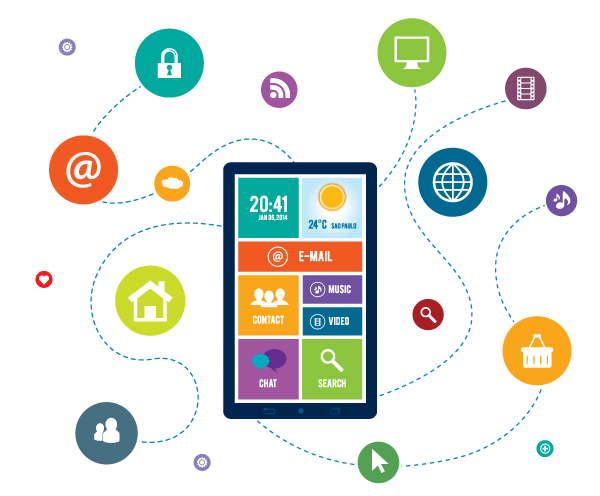 Mobile Technology is transforming the way people use their cell phones. Although demand is highest for consumer apps, enterprise applications are evolving too, allowing businesses to work more productively. Our Mobile Testing Practice comprises of a unique combination of skilled software engineering and testing teams with...