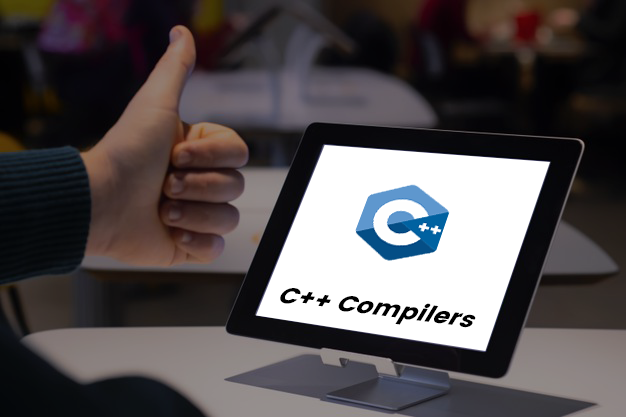 As a high-performance programming language, C++ is used to create quite exciting applications in various fields starting from data mining and robotics to gaming and video. For this, a C++ developer needs to go through topics like multi-threading and parallel programming. But did you have a look behind to identify the scenario during compilations? We'll learn very crucial details about C++ compiler as well as the process of compilation here in this article. This can further help you improve your programming skills and avoid common errors by learning about the detailed working of the compilers.

Let’s cast some lights on what a C++ compiler does. As a high-level programming language, C++ makes coding much simpler for developers where as the classic nature of low-level machine languages makes it quite difficult to compose helpful programs of adequate complexity for the cutting edge computing period. Hence, the compiler overcomes any barrier between high-level C++ and low-level machine language by changing over your C++ source code into a binary record that PCs can execute. Knowing how C++ compilation works can give you more insight into the whole process you might otherwise take for granted in C++ development.

The pre-processor directives teach the compiler to set up the source code by temporarily expanding it even before the actual compilation. The pre-processor directives in C++ start with a # (hash) symbol such as #include, #define, and #if. In this stage, the compiler deals with one C++ source at one particular time. In general, we can consider this pre-processed file is much larger than the regular/basic C++ source code.
From the previously mentioned substitutions and augmentations, we can see the pre-processor delivers a fused output. The preprocessor likewise embeds markers into the code to tell the compiler where each line comes from so that the error messages can be identified that can be helpful during the debugging process for your C++ code development.

This stage is divided into two steps and here an object file is created by the compiler from the pre-processor’s output. Initially, the compiler changes the basic C++ code, into low-level assembly code. Here, the C++ compiler enhances the source code by bringing up overload resolution errors, syntax errors, and other compile-time errors. Regardless of whether a statement without a definition is utilized, the compiler can still create an object file straight from the source code, since that object file may likewise allude to symbols that the source code hasn't characterized.
Secondly, the compiler converts the assembly code into bit code/machine code line by line from the previous step. At this point, compilation can be halted if you wish to compile each piece of code independently. Object files generated from this process can be stored in archives that are called static libraries that can cater to future needs and you don’t need to recompile all your source documents, for any changes in one file.

The linker generates the final output from the object file that is generated by the compiler. During this process, all references of the object files created by the compiler are replaced by certain undefined symbols with their correct addresses. This is done to help you with the working program because without linking the object files, having a working program is just not possible. It will be like an index to a book having no page numbers.
The next major task to be carried out by the linker is to create either a dynamic library or an executable file. During the linking process, it is very common to notice errors related to duplicate or missing definitions. This can happen when you have either failed to write or forget to add a reference to the library or any object file where the definition can be easily identified by the linker. When two object files or libraries contain definitions for a specific symbol, duplicate definition errors occur.

Now since you are clear about the individual stages of compilation I am sure you have a better understanding of compiler or linker errors and it will be easy for you in the future to avoid potential bugs in your code related to compilation.

Using a C++ Compiler in your Program

i. Build a correct C++ source file (syntactically) with the help of an IDE or any editor
ii. Use the compiler to generate an executable file
iii. Execute the final file

The features of different versions of the same compilers vary widely even their functions i.e. debugging, code generation, library handling floating-point behavior, and many more. Here are few suggestions to help you pick your suitable versions-

For Linux, the GNU Compiler Collection (GCC) is quite a popular choice and most importantly it is free and can be found in Linux distribution’s package repositories.

For MacOS, Clang is the default and free choice, that is installed with the Xcode command-line tools.

For the Windows operating system, the Cygwin project provides a combination of Linux tools, including GCC. However, the code produced through Cygwin will require Cygwin to run. You can also use MinGW for Windows OS, instead of Cygwin for the executable that can run natively on Windows.

To explore more about C++ IDEs with compilers do visit our blog page - https://www.oditeksolutions.com/best-c-ide/

An online compiler can be a valuable tool for rapidly compiling code without introducing a full compiler on the PC. They make it easier for developers to share code bits on the web, to use the most recent language highlights, and to try out different compilers.

Some popular online compilers are as follows-

Both online compiler and traditional compiler are used in the programming process. However, the major difference is that the source code in the online compiler is sorted as well as executed in the browser reducing the software and hardware requirement up to a great extent. Although the online compilers lack in few areas if you consider their speed then they are excellent in providing desired results.

C/C++ is one of the most user-friendly languages for software development as well as application development and with suitable IDEs and compilers the efficiency is commendable. With rich C++ expertise and a team of experienced C++ developers we, at OdiTek, have been delivering seamless C++ projects for a while.
Reach out to us at info@oditeksolutions.com for any queries or assistance related to C++ compilers or any C++ development projects.