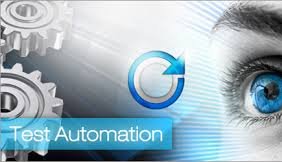 In today´s fast moving world, it is a challenge for any company to continuously maintain and improve the quality and efficiency of software systems development. In many software projects, testing is neglected because of time or cost constraints. This leads to a lack of product quality, followed by customer dissatisfaction and ultimately to increased overall quality costs.

Every software development group tests its products, yet delivered software always has defects. Test engineers strive to catch them before the product is released but they always creep in and they often re materialize, even with the best manual testing processes. Test Automation software is the best way to increase the effectiveness, efficiency and coverage of your software testing.

Test Automation is essentially using code to create programs that perform automated tests for your software. The way this is different from manual testing is, instead of actually performing the test; one creates an automated testing scenario and supervises it. Test automation is extensively used for reversion testing, which seeks out new bugs in a program and separates them. Regression tests are generally extremely tedious and time consuming.

Test automation provides a consistent platform for your testing needs. The tests for which automation is usually organized are extremely boring. Automation drastically reduces the margin of error in the testing scenario.

Sufficient test coverage of software projects is often achieved only with great effort. Frequent repetition of the same or similar test cases is laborious and time consuming to perform manually like

Automated tests run fast and frequently, due to reused modules within different tests. Automated regression tests which ensure the continuous system stability and functionality after changes to the software were made lead to shorter development cycles combined with better quality software and thus the benefits of automated testing quickly out gain the initial costs.

Test Automation serves as a prime component for future testing scenarios. In-house automated software developed by testing firms is modeled such that they have enough flexibility to handle a unique product, while complying with the latest security and testing protocols. This makes test automation a powerful tool for time-saving, resourceful and top notch results.

GUI testing is one of the most time consuming and redundant procedures because the tester has to deploy the same procedures in mock user driven environments and check for issues in the responsiveness of the GUI. With automated testing this process becomes incredibly easy.

Executing repetitive tasks with automated software testing gives your team time to spend on more challenging and rewarding projects. Team members improve their skill sets and confidence and in turn pass those gains on to their organization. Test automation alleviates testers’ frustrations and allows the test execution without user interaction while guaranteeing repeatability and accuracy. Instead testers can now concentrate on more difficult test scenarios.

Get in touch with Optimal QA, and for more information regarding Automation Testing please drop an Email: