Why use React Native?

1. One codebase for two platforms

You may design a single codebase that works for both Android and iOS with React Native. Additionally, it not only functions but also compiles native Java and Swift code. React Native specifically builds a link between web UI components and their native Java/Swift equivalents.

To design React Native apps, you don't need to have any particular experience. There's a good chance you already have a JavaScript programmer on your team, perhaps even one that specializes in ReactJS. Compared to developers with expertise in Java, Cotlin, or Swift, JavaScript developers are just simpler to locate.

React Native is currently undergoing active development. The enormous React Native community and Facebook are both actively trying to enhance the technology. If React Native doesn't currently offer a solution to an issue you are having, things may change in a few months.

If you have a ReactJS web app, fragments of the frontend code (such as business logic) can be shared between mobile and web, facilitating development even more.

React Native is still expanding, so components that would meet some specific business needs may be missing. To overcome this, React Native provides two types of third-party plugins: JavaScript-based and the native modules

You should be familiar with programming concepts like functions, objects, arrays, and to a lesser extent, classes, HTML and CSS, and basic knowledge of JavaScript.

Let's proceed to set up the environment and build a simple Hello World app.

Setting Up Your Environment

The standard OS X package manager Homebrew must be used to install React Native's dependencies. We will assume that you are writing iOS and Android applications while working on OS X throughout this book.

Both node and watchman are used by the React Native packager, so upgrading these dependencies is worthwhile if the packager causes you problems in the future. React Native makes advantage of Facebook's type checking library, flow.

i. You may use flow to enable type-checking in your React Native applications. If you run into problems, you might need to upgrade any packages and update Brew.
ii. Take notice that these commands might take a long to execute:

brew update
brew upgrade
If you see errors after doing so, you’ll need to fix your local brew setup. brew doctor can point you to possible issues.

After installing the node, you may use npm (the Node Package Manager) to install the command-line tools for React Native:

This sets up the React Native command-line tools on your machine at the system level. Congratulations, React Native has now been deployed after this. You must then take care of the platform-specific configuration. Installing the platform's development requirements will allow you to create mobile applications for a certain mobile platform. You can select either iOS, Android, or both to continue with this chapter.

We must first create an app that just says "Hello, world!" in accordance with the long-standing norms of our people. That is:

React Native is a framework that enables web developers to create robust mobile applications using existing JavaScript knowledge. Without compromising the end user's experience or the purpose of the application, it allows quicker mobile development and more effective code sharing between iOS, Android, and the Web. The only disadvantage one can think of is that it is a new technology and evolving.

At OdiTek, our React Native specialists can assist you in developing feature-rich cross-platform mobile apps with many integrations and flawless UI designs. For more information about our services, please contact us at info@oditeksolutions.com or visit our website. 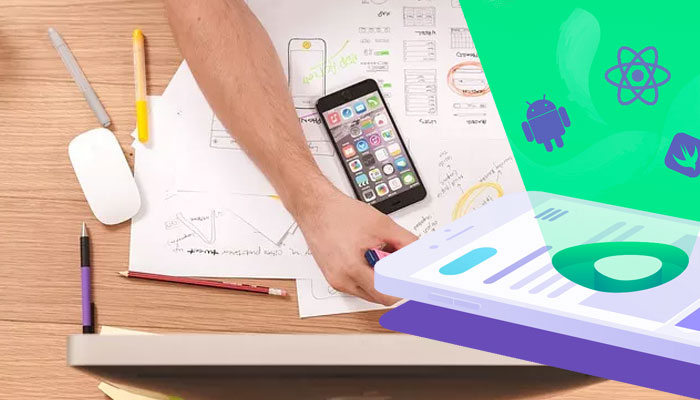