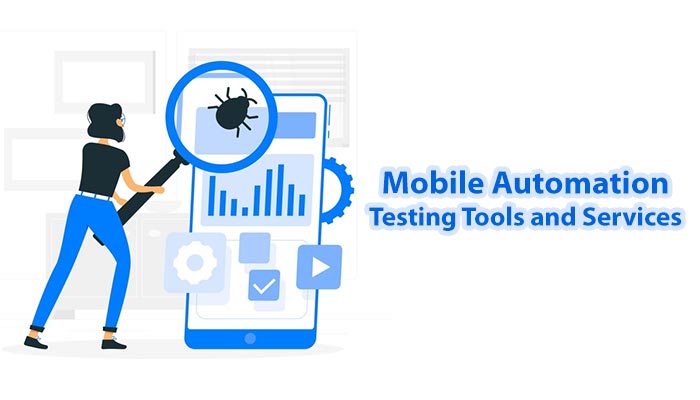 It is quite difficult to compete in a technologically evolving world. Hence, most product companies disseminate their applications in multiple platforms as well as devices such as iOS, Android, Mac, etc. A testing company has to build a niche market in mobile testing services, specifically in testing applications on Android and iOS devices. Mobile Automation Testing services perform testing for the native, web as well as hybrid applications that include an optimized mobile test automation approach for accommodating a single test suite for both the mobile and non-mobile versions of the application.

It focuses mostly on categories such as smartphones, e-readers, tablets, PDAs, and notebooks. The wide variety of operating systems for mobile applications starting from iOS to Android and zillions of devices in the market makes mobile application testing a challenging task.

Mobile automation testing is further classified into different subcategories depending upon the requirement of the user. These categories are-

I. Usability Testing: Mobile automation testing services will guarantee you a user-friendly UI, encompassing key functions of the app, and engaging UX, which is responsible for positive user experience. Usability testing ensures that the product is ready and easy-to-use by the target audience.

III. Mobile Functional Testing: It doesn’t matter whether the application is attractive or not, if the app doesn’t’ perform as expected then users tend to dump it out of frustration. Mobile functional testing ensures that your app runs faster to meet the user's requirements to the fullest.

IV. Mobile Compatibility Testing: The mobile application should perform seamlessly on the targeted devices with given OS and browsers to reduce the number of unhappy users. This testing service is dedicated to providing you a hassle-free experience.

V. Security Testing: Mobile apps often face hacking attacks that lead to a loss for users and enterprises. Security testing will simulate a hacking attack with the help of penetration testing. It can easily identify the security loopholes of your applications and will also provide relevant recommendations to patch them. It also supports backend security testing for large applications.

VI. Compliance Testing: Mobile applications are currently a part of all sorts of human activity. Mobile apps should be compliant with industry standards and to ensure the safety and security of its customers. It helps to test your application by allotting specialists for compliance testing with official iOS and Android guidelines, as well as specific industry regulations such as PCI DSS, HIPAA, and others.


To know more about these tools please visit our blog page- https://www.oditeksolutions.com/automation-testing-tools-for-android-and-ios/

However, certain tools can be easily used by both Android as well as iOS. Appium is one of the most popular tools among these automation tools.

Appium is a well-known automation tool that is widely used for Native apps and that is how it all started. However, it can also be used by applications other than Native. For automation in iOS, it takes the help of the Safari search engine and for Android, Chrome is Appium’s go-to search engine. Appium takes the help of certain Web driver protocols for a smooth testing process.

1. It is an open-source and free framework so that it can be accessed by the maximum developers.
2. It has an active as well as well-supported Google group.
3. It doesn’t require any additional server or code change to be installed.
4. It supports multiple platforms with multiple Operating Systems.
5. It is fast and reliable.

From a recent survey it has been found that 25% of users delete an app after a single use and never re-install because of the complications and bugs existing in the application, this means all the efforts, time, and money spent on the app development will simply go in vain. Hence, mobile automation testing service comes into the picture to minimize this.

Oditek Solutions ensures you quality mobile app testing services that we are ready to provide as per your requirement. Our test engineers will look into the functional and non-functional application features including mobile technology specifics such as mobile gestures, numerous operating systems as well as screen resolutions. Apart from this, we will also take care of the various external factors that may hamper the app performance. Hurry up and contact us soon for amazing mobile app services!