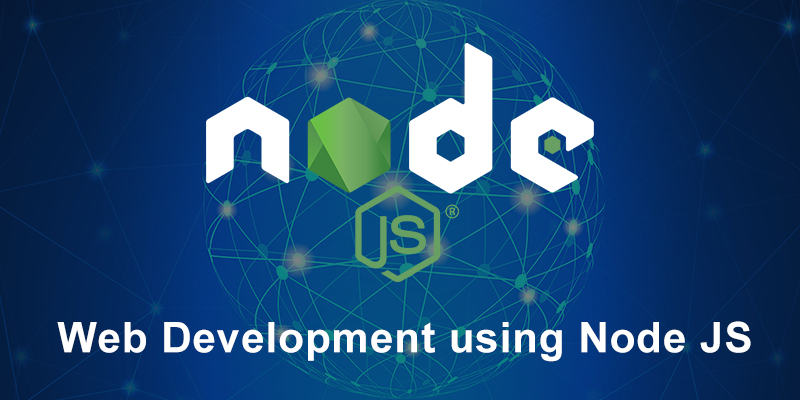 Node Js popularity is expanding at a rapid scale, with more and more companies adapting to the technology. It has become crucial to follow certain conventions to make code readable and modifiable by other developers. The code you write is also directly proportionate to the scalability of the product you ultimately build. It is popular among programmers using node js (JavaScript, SQL, and TypeScript). Well, known companies are adapting Web development with node js.

According to Stack Overflow’s 2021 Developer Survey 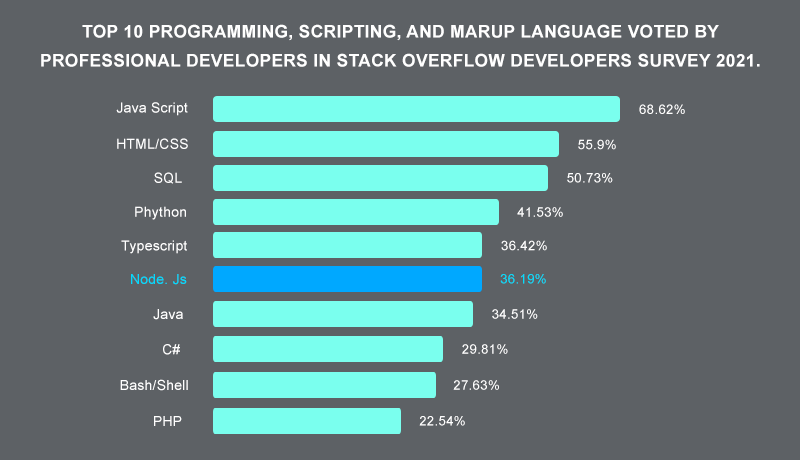 Mainly businesses and developers are choosing Node js due to its amazing support of JavaScript and cool features. Web Apps remain the most popular use case for Node, with 85% using Node Js for work purposes and 43% using Node Js for enterprise applications. It offers real-time two-way flawless communication between the client-side and server-side. Hence, it divides the workload between the client and the service provider. Node js works on a single-threaded event-based loop for making all non-blocking applications. For tailored solutions, businesses can opt for node js for its cool features and using it leads to more cost-effectiveness than other alternatives.

It is usually utilized for projects that proactively use JavaScript on their front-end and back-end. Let’s have look at the most common areas to use web development Node js-

The easy sharing of the NPM (Node Package Manager) can be possible by disclosing it and that’s why it is an important reason to prefer Node Js in web app development. As it is difficult to share anything while using another framework so, Organizations use this to speed up their activities. Many Node Js developers use this feature to share things easily while exercising on a similar project and to maintain codes at an extent level; developers use the Node js platform. So, NPM enables Node js developers to deploy the codes easily by divulging them.

Its every release gets maintained actively for the next 18 months from the date of its entry to Long-Term Support. During this time period, no new feature is found to get combined with the current version while all security updates and bug fixes are taken care of by the development team. Nearly 62% of developers ponder long-term support for the web application and Node js is an amazing option for the developers to keep up with an app.

It is swift as it is backed by Google’s chrome V8 engines. Compare to other web development services, it compiles the JavaScript code into the native device and makes it run faster. That’s why every enterprise and business employs more Node js developers these days globally.

They are experts in enhancing the speed of the web development project of a company. PayPal is one of the good examples of this. In fact, both PayPal and Netflix saw viable results in performance and economically after executing Node js. PayPal has encountered a 35% reduction in average response time for web development services.

It can enhance the productivity output of a development project in terms of its libraries and features. And also allows developers to write code seamlessly and utilize one scripting language for both server-side and client-side. According to the 2018 Node js User Survey Report, It can improve business productivity. However, only 4% of organizations state did not affect. And with that, it can boost your app performance by 48%. The developer productivity is enhanced by 68% by using node js into their business for US/CA organizations.

According to studies, organizations that decide to utilize Node js web development use less computing power for hosting them. So Web app development with Node js does not need a lot of investment. Since it is faster than other development frameworks, it can reduce development costs by 56%.

For web applications it needs utilization of a non-blocking and event-based server, the real-time web app is ideal and Node js offers it the best. It is can bag an advantage for developers who want to ease their jobs for real-time app development like messenger and gaming applications.

Many open-source development agencies prefer Node js because it helps the platform in multiplying the speed of launching new features and adding more facilities. This provides amazing assistance to people engaged with offering PaaS (Platform as a Service) services that lower companies to a single order and this is the reason why companies like Node js.

It has a large and well-supported community that is actively developing. Due to its popularity, it has a large group of developers who involves in the continuous enhancement of the platform. According to the 2020 Stack Overflow Developer Survey Results, 51.9% of professional developers utilize Node js for its tools, libraries, and frameworks. 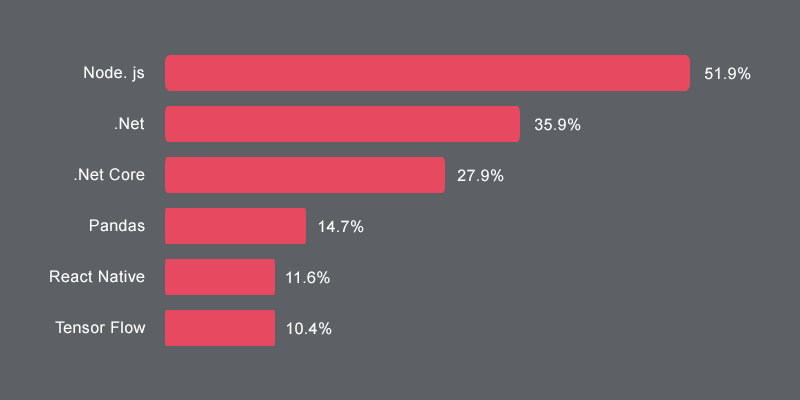 SEO is an important part of web app development and no organization wants to lose out on its SEO field. its back-end rendering offers more visibility to sites. This occurs because search engines can better optimize React projects. Since Node js has high speed and high-end performance, it contributes to the improvement of the SEO strategies and better user experience.

Its web apps can be deployed easily and skilfully. Developers can finish and test all parts of web apps easily by using the framework and this framework is more useful for a PWA development agency. These procedures of finalizing the app for deployment can be accelerated by many tools.

To explore more about our Node JS offerings please visit our blog page!

Node js is an effective alternative in developing a web application. It enables both users and developers to use the web app to its complete ability and produces beneficial results. As it supports both front end and back end which makes it special also and the popularity of web development node js is more acceptable in markets by the developers.

The number of use cases for Node js is already large and continuing to grow as advancements in other technical areas will help Node js also. So with the proper research and the right use cases, it can be an excellent choice for building many different types of products now and in the future.