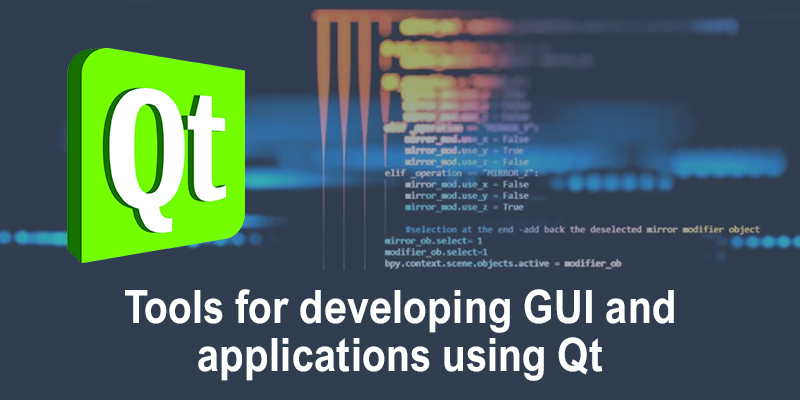 Qt applications are a collection of libraries containing asset of graphical control elements used to construct the graphical user as well as cross-platform applications that run on a variety of software and hardware platforms, including Linux, Windows, macOS, Android, and embedded systems with little or no changes to the underlying codebase while maintaining native capabilities and speed. Qt applications are characterized as a widget toolkit since most GUI apps produced with it have a very native-looking interface. Non-GUI apps, such as command-line tools and server terminals, can also be created.

The Cutelyst web framework is an example of a non-GUI program that uses Qt. Qt applications offer broad internationalization support and support a variety of compilers, including the GCC C++ compiler, the Visual Studio suite, and PHP via an extension for PHP 5. Qt also offers Qt Quick, which features a declarative scripting language called QML that allows logic to be provided using JavaScript.

Rapid application development for mobile devices has become possible thanks to Qt Quick, although logic can still be implemented in native code for the greatest potential performance. It was developed in 1991 by Haavard Nord and Eirik Chambe. The Qt Company, a public traded company, and the Qt Project, an open-source project including individual developers and organizations collaborating to enhance Qt, are currently developing Qt. Qt applications are available under both commercial and open-source licenses.

Qt for application development allows you to develop apps for both desktop and mobile platforms. It includes all of the Qt APIs as well as the Qt Creator IDE for cross-platform development. The commercial and open-source licenses for Qt for application development are both available. Without any open source licensing obligations, the commercial Qt license allows you complete freedom to build and distribute software on your terms.

You’ll also have access to official Qt support and a close strategic partnership with the Qt Company if you purchase a commercial license, ensuring that your development goals are satisfied. The open-source licenses GPL and LGPv3 are also available for Qt application development. Some Qt libraries and tools are only accessible under the GPL. Open source projects with open source distribution, students/academic purposes, hobby projects, internal research projects without external distribution, and other projects where all GPL duties may be completed are perfect for the Qt open source licensing.

Qt was created to allow developers to create apps and user interfaces once and then deploy them across several desktop and mobile operating systems. The simplest approach to begin developing applications with Qt is to download and install it. Qt libraries, examples, documentation, and development tools, such as the Qt Creator integrated programming environment, are all included in Qt installs. Qt Creator gives you the tools you need to complete your duties throughout the whole application development life cycle, from project creation to development on target platforms.

Qt Creator automates various activities, such as project creation, by providing wizards that walk you through the process step by step, build the required files and specific parameters based on your choices. It also facilitates various processes, such as code writing, by providing semantic highlighting, code syntax checking, code completion, refactoring actions, and other valuable features.

Qt Designer is a program that allows you to create and construct GUIs using Qt widgets. In a visual editor, you may create and tweak your widgets or dialogues, as well as test them in various styles and resolutions. In the design mode of Qt Creator, you can access Qt designer.

Cmake, qmake, and Qbs are tools for creating applications for various platforms. Others build automation tools, such as Auto tools are also available. In the projects mode, you can set up the build system.

Qt Linguist used for localizing apps. It includes tools for the responsibility of developers, translators, and release managers who are generally involved in localizing applications. The lupdate and Irelease tools are available from the Qt Creator Tools menu.

Qt is a great time-saving solution for GUI and apps development, especially when the effort of UI/UX and programming teams must be combined. Qt development is frequently related to the QML programming language. On a variety of platforms, Qt can be used for desktop, embedded, and mobile development. Depending on your demands, you can pick between a free and commercial license. A commercial license is recommended if you are working on a complex high-load project.

We know how to design and implement great user interfaces for C++ products that use Qt. Please contact us at info@oditeksolutions.com for more details.