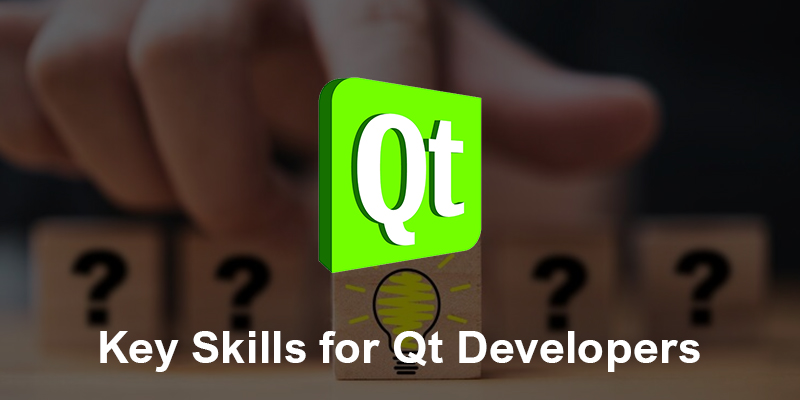 Qt is a cross-platform application development framework that can be used for desktop, embedded, and mobile applications. Linux, OS X, Windows, VxWorks, QNX, Android, iOS, BlackBerry, Sailfish OS, and other platforms are supported.

Qt is not a programming language in and of itself. It is a C++-based framework. The MOC (Meta-Object Compiler) pre-processor is used to augment the C++ language with features such as signals and slots. Prior to compilation, the MOC parses the Qt-extended C++ source files and creates standard-compliant C++ sources from them. As a result, the framework and the applications and libraries that use it can be compiled by any standard-compliant C++ compiler, such as Clang, GCC, ICC, MinGW, and MSVC.

Qt is presently being developed under open-source governance by The Qt Company, a publicly-traded company, and the Qt Project, which includes individual developers and organizations collaborating to enhance Qt. Qt is accessible under both commercial and open-source licenses, including GPL 2.0, GPL 3.0, and LGPL 3.0.

By merging analytics and machine learning algorithms, QT-Analytic specializes in uncovering new insights and capitalizing on company data. They are used to build a software package that can handle and access data from many sources, as well as execute statistical analysis and deep learning models on it.

The system is considered a collection of items in the object-oriented design paradigm. The state is shared among the objects, and each object is responsible for its own state data. In library automation software, for example, each library representation may be a separate object with its own data and functions to work on that data. Tasks designed for a specific purpose cannot refer to or update data from other objects. Objects have internal data that represents their current state. A class is formed by similar objects. In other words, every object belongs to a class. Classes can inherit characteristics from their superclasses.

The Qt Modelling Language is a mark-up language for user interfaces. It is a declarative language for creating user interface-centric apps (akin to CSS and JSON). It is linked to Qt Quick, a UI design kit created by Nokia within the Qt development service framework.

It is an object-oriented computer language, developed as part of the growth of the C family of languages by renowned computer scientist Bjorne Stroustrup. It was created as a cross-platform enhancement to C to give developers more control over memory and system resources.

A user interface or dashboard that connects a human to a machine, system, or device is referred to as a Human-Machine Interface (HMI). While the phrase technically refers to any screen that allows a user to interact with a device, it is most usually used in an industrial process.

A graphical user interface (GUI) is a computer program that allows a person to communicate with a computer by using symbols, visual metaphors, and pointing devices.

Qt is a widget toolkit used to create graphical user interfaces as well as cross-platform applications that run on a variety of software and hardware platforms such as Linux, Windows, Android, macOS, or embedded systems with minimal or no changes to the underlying software, yet retaining a native application with native capabilities and speed.

Also, there are certain key skills required for Qt development services like analytical, object-oriented design, QML, C++, GDB, HMI, GUI development, and others. OdiTek has the knowledge and experience to design and develop exceptional user interfaces for C++ products that use Qt or MFC. Please contact us at info@oditeksolutions.com for more information regarding Qt development services.