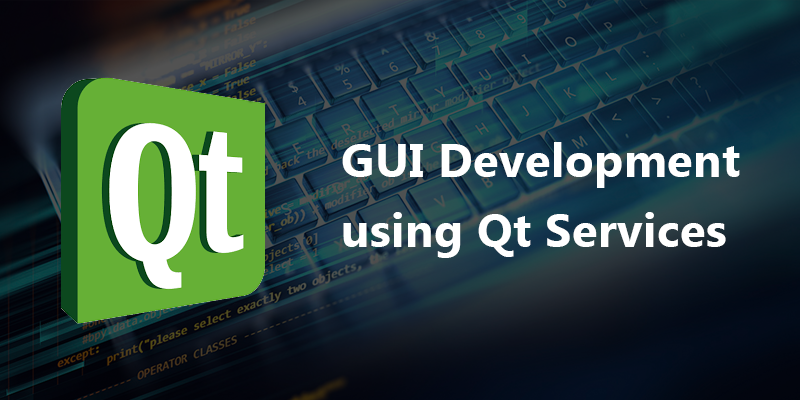 Qt is a cross-platform graphical user interface toolkit for creating software applications in C++. Qt development gives developers all of the tools they need to create cross-platform apps with "state-of-the-art" user interfaces. Because Qt is written in C++, it is entirely object-oriented and enables genuine component programming.

You can call Qt as a "write once, compile anywhere" framework that saves time for developers by requiring them to just generate and maintain a single code base in whatever platform they choose to develop in, with the finished software compiling on all platforms. The primary goal of the Qt development service is to standardize the software development process, making it more efficient and less time-consuming.

Qt is a C++ framework for creating graphical user interfaces and cross-platform desktop and embedded applications. The framework can run on a variety of software and hardware platforms. It began life as a class library, and the license has undergone various changes throughout the years.

The most recent version of Qt added hundreds of new features and thousands of bug fixes, making Qt a very powerful and stable development kit for software developers along with system engineers. Qt features a large SDK (software development kit) that provides a variety of tools and libraries to assist developers in getting their work done without having to worry about platform-specific concerns.

It's easy to see why Qt has a chance to surpass all other existing SDKs on the market; for starters, cross-platform accessibility. There aren't many other development kits that support so many platforms without requiring you to write new sets of code for each one.

By removing these extra stages, programmers can concentrate on designing their apps rather than worrying about how to implement each platform-specific functionality. Furthermore, without all the #ifdef macros and the need to load separate dependencies for different platforms, your code will seem cleaner.

The primary and default language of Qt is C++, a compiled language that produces tiny, efficient code. It's also well-documented and uses a uniform set of naming standards, making the developer's learning curve shorter.

Users can choose between two types of licenses such as a commercial paid license and a free open source license.

The first is an Open Source License, which is free if your project/product complies with their rules and restrictions. For example, if you made any changes to the Qt source code then you must submit those changes back to the Qt developers. Failure to do so could result in major legal troubles, thus you might opt to go with the second choice.

The Commercial License, on the other hand, grants you complete access to proprietary Qt source code updates while keeping your application private. But, of course, these benefits come with a price tag.

Qt is a cross-platform app development framework built in C++. It enables the creation of a single codebase that can be used across several platforms (iOS/ Android/ Windows/ macOS/ Linux) and devices (desktop, mobile, and even smartwatches).

Note that Qt development services include a few capabilities that are only available on certain platforms. These are, however, basic and typically reserved for specific use cases, such as Qt Sensors, which only function on mobile platforms; Qt Web Engine, which only works on desktops; Qt NFC, which only works on Android and Linux; and so on.

These are very specific features that are only available on platforms that support them. Aside from that, the most popular functionalities are supported across all platforms.

1. With Qt, you can write code that is simple to read, reuse, and maintain, as well as code that takes up less space and performs well.
2. You'll be able to design cutting-edge, visually beautiful Qt GUIs.
3. Qt software development requires less time and is more cost-effective due to its high production capabilities.
4. Programmers can use a variety of libraries thanks to the C++ programming language's implementation.
5. APIs make it easy to create Qt apps.
6. The wide choice of modules allows rich functionality in a project.
7. With the help of 3D Studio, creating 3D graphical user interfaces is a lot easier.
8. As a result, your software will have a native-like graphical user interface.
9. The framework is multi-platform in nature.

Qt is a great time-saving solution for GUI and app development, especially when the efforts of UI/UX and programming teams must be combined. Qt development services take care of all the complicated integration and compatibility issues behind the scenes, so you don't have to deal with them. This not only improves productivity but also lowers development expenses, which is especially important when developing cross-platform apps that serve a wider range of users.

We have the expertise to design and develop excellent user interfaces for C++ products using Qt or MFC. For more information please reach out to us at info@oditeksolutions.com