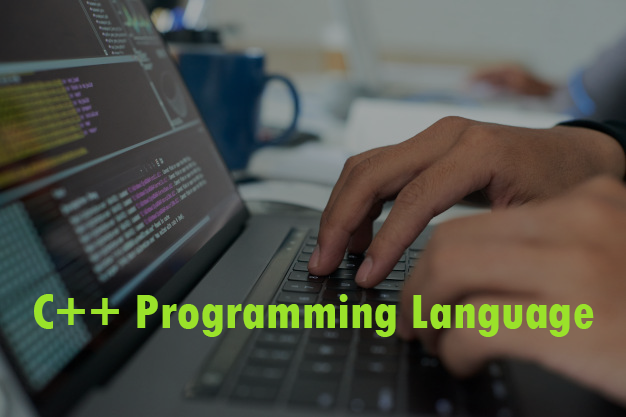 C++ language is a high-level programming language that has gained popularity for commercial software development. C++ language is primarily based on the traditional C language that comes added with object-oriented programming and other functionalities. It has been considered as one of the fastest languages, allowing control over management and memory allocation. It is also very close to low-level languages that incorporate multiple interrelated applications using C++. Since it is loaded with so many features and its other capabilities make it quite a difficult language to learn for large-scale development services.

Since C++ language is a simple language and is not tied to any particular hardware, this makes it easier for any user to create programs that wouldn’t require any changes before running practically on all machines. This language gives the programmer complete control as well as access to the mechanics of underlying hardware by allowing manipulation of bits, bytes, and addresses. The C++ language is more than just an object-oriented programming language since it contains many improvements and features.

Features of the C ++ Programming Language

C++ is one of the most popular programming languages enriched with various great features that make it an ideal pick for programmers. Additionally, there are certain top C++development software that makes the app development process even easier.

Since it is very difficult to maintain the procedural codes in a large size application, C++ makes it possible. The object-oriented support helps C++ to develop large-scale applications having extensible and maintainable programs.

Being a mid-level language it enables to build of large-scale user applications such as Photoshop, Game Engines, Media Players, etc. along with systems-programming such as kernels, drivers, networking, etc.

In case of any modification or changes required it is quite easier to break the programs into various parts as well as logical units and analyze. Additionally, the C++ programming language has rich library support as well as a large variety of data types.

Being a compiled language, it possesses faster execution speed.

Certain languages have additional built-in features like dynamic typing, garbage collection, etc. which slow down the overall execution speed but since C++ language is a compiled language there are no such processing add-ons. That is why C++ has quite a faster execution speed.

The pointer support of the C++ language helps in low-level programming that requires explicit control over the variable storage by manipulating the storage address directly.

C++ language is machine independent but not platform-independent which means the programs compiled on windows won't run on Linux.

It has got quite a rich library support including built-in data structures and algorithms etc. as well as 3rd party libraries for ensuring faster and smoother development.

It supports the concept of subroutines and procedures that are otherwise known as functions in C++.

With so many amazing features C++ language has numerous applications. Such as-

C++, having a faster execution speed has attracted the rendering engines of most of the popular browsers. The faster execution speed in a browser ensures that no users wait long for their desired content to be displayed. Hence, the C++ programming language has become the most favorable choice for developers.

Well-known operating systems like Windows, Linux, and Mac, etc. are programmed in C++ because C++ is a fast and strongly typed programming language. Since C++ is quite close to assembly language it also helps in low-level operating system modules.

Several machine learning libraries involve multiplications of huge matrices hence they require high-performance computation. C++ comes to the rescue in such libraries for backend programming because of its high speed.

C++ is used in developing cloud storage systems for large organizations since it is compatible with the hardware as well as machines. The load tolerance and high concurrency capacity of C++ libraries are very useful in cloud storage development.

C++is the preferred choice by most of the core banking systems as their backend programming language. The primary requirements of banking applications are concurrency, faster actions, and continuous support since they process millions of transactions regularly. The multi-threading support of C++ ensures the smooth operation of banking applications.

The two major databases that are used in almost every popular application such as YouTube, Quora, etc. are written in C++. The databases are Postgres and MySQL and the reason for choosing C++ is again the execution speed and rich library support.

C++ is also used in programming routers, space probes, and telephone switches because of its speed.

C++ language has been widely used for application development purposes but with continuous evolution and innovations of technologies, few alternatives to C++ are noticed that can deliver similar performances and outputs. Those alternatives are-

Even though the syntax and features are different these alternatives can still show similar output. Overall C++ has numerous alternatives still C++ has maintained its popularity because of its robust performance.

C++ has been proven as the faster programming language as compared to other languages additionally it provides excellent concurrency support. This is why It is very useful for the areas where achieving performance speed is a challenge. Also, C++ plays a major role for high-load servers like application servers, web servers, database servers, etc.

As compared to other programming languages C++ is closer to hardware. Hence, it is useful for the areas where low-level support is required and the software and hardware are closely coupled.

C++ language is enriched with many powerful features that make it the most popular programming language and a go-to option for developers when it comes to performance, speed, and scalability. However there are certain alternatives available that can provide similar outputs but in terms of execution speed, C++ is irreplaceable. We have a pool of passionate and talented C++ developers who have expertise in developing large-scale application development, design, and system architecture competencies. For any assistance in C++ or related services, Reach us at – info@oditeksolutions.com.