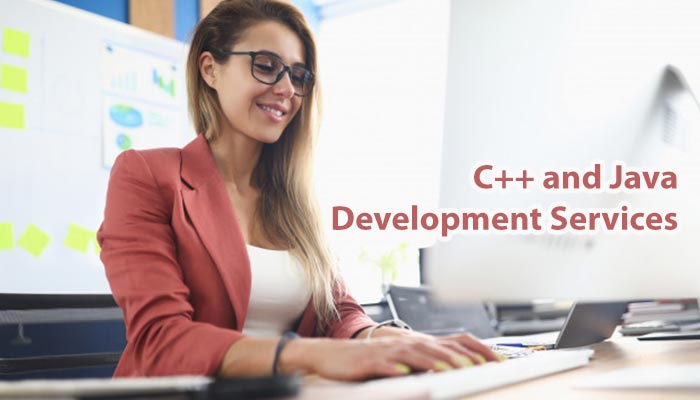 Since C++ is a combination of both high- and low-level features, it offers great performance and speed. This language is loved by programmers as it gives complete control over their code. C++ has almost every possible feature that a developer could ever wish for such as- multiple inheritances, templates, operator overloading, pre-processor commands, and many more such features.

Before moving to the C++ Java Programmers, we should know the basic differences between C++ and Java. These two are quite similar in certain basic terms of syntax. It means Java and C++ have quite a similar syntax for basic concepts. The basic constructs like, “if statements”, loops, function syntax, switch-case statements of C++ are valid for Java as well.

However, other notions such as the syntax for comments and the idea of static class variables are also used in both Java and C++. There are some noticeable differences between the languages. Once you use cout/cin for output/input in C++ or printf/scanf in C, you'll be able to make specific comparisons between Java and C++. The syntax for C++ classes is, however, not the same as the syntax for Java classes, except for certain basics.
The templates used in C++, are in some ways even better than Java generics. It is because they are computed at the compiling time. Though both C++ and Java allow basic parameterized types, yet the syntax for templates differs from Java generics.

Differences between C++ and Java

1. Toolset and compilation model: A Java VM and a Java compiler are required in Java and the Java compiler produces files that are easily understood by VM. Whereas you don't need any VM in C++. In the case of CPP, you can individually compile source files into object files and the process of creating the EXE file is called linking which is similar to the creation of JAR file in Java.

2. The C pre-processor vs. Import: Java uses imports and does not have a pre-processor. It imports statements to include references from the Java class library. Whereas in the case of C++, header files are included that provide declarations for library objects.

3. Memory Allocations: Java automatically frees the memory that is no longer used but in the case of C++, you have to de-allocate the memory that was allocated previously.

4. Security: Java was designed for security purposes, as everything is networked and it deals with thousands of threats. Java has various interesting features like range-checked arrays, immutable strings, auto-resizing containers, and garbage collection which prevent common security problems like double-free attacks and buffer overflow. But you have to be very careful and security conscious when you are working with C++.

Java and CPP both are meant to improvise your productivity. However, you can identify the similarities and differences among both the application by keeping an eye on the memory management as well as a functional class library.

1. C++ only comes into the picture while you are working on a large application and you need low-level language features to write back-end codes giving importance to the performance as well. Whereas Java is quite a less actively developed language but it has the largest ecosystem in terms of various libraries as well as third party products.

2. Java should be used for back-end development since it will give you a variety of options in terms of platforms. CPP though a popular language, yet essentially limits you to Windows. Hence, C++ is hardly used for web application development purposes.

3. C++ network programming is most widely used as a high-performance application providing language. It is the only industrial language that is built around this concept of Scope Bound Resource Management (SBRM) which is otherwise called RAII. Whereas Java is widely adopted because it can be run securely on nearly any platform regardless of the architecture of the device or the operating system provided the system has Java Runtime Environment (JRE) installed.

4. C++ provides lifetimes for all objects. It also guarantees that resources are obtained and released conclusively. Whereas, Java is quite a simpler platform as compared to CPP and it allows its programmers to provide more services and improvise end-user productivity, communication, as well as collaboration.
Hence, C++ Java programmers have the combining benefits of both Java as well as C++ by which the gaps of one language will be filled by the other. A CPP Java programmer has the power and ability to conduct any provided test using both languages to reduce the cost as well as the complexity.

2. Structure programs that can run within a defined web browser and can access available web services.

3. Write software on any particular platform and run it virtually on any other platform.

Full-cycle C, C++ software development services from Oditek are tailored to specific requirements. Whether you are looking to develop, upgrade, modernize or support and maintain C, C++ based applications and product solutions, OdiTek’s development team has over 15 years of experience to efficiently assist you no matter what environments or development platforms you are using.

While technology is continuously evolving it seems that only language will not be sufficient for a developer to modify or build any application. To bring creativity and provide the users with a better experience, two or more applications should be mastered together by the developers. The potential C++ Java Programmers are already ahead of this thing because they can consistently upgrade the present model to be competitive enough to perfectly fit into modern technological standards.

OdiTek Solutions have prospective developers who are well-experienced with CPP and Java language to provide you with software development for a wide variety of applications in various industries.