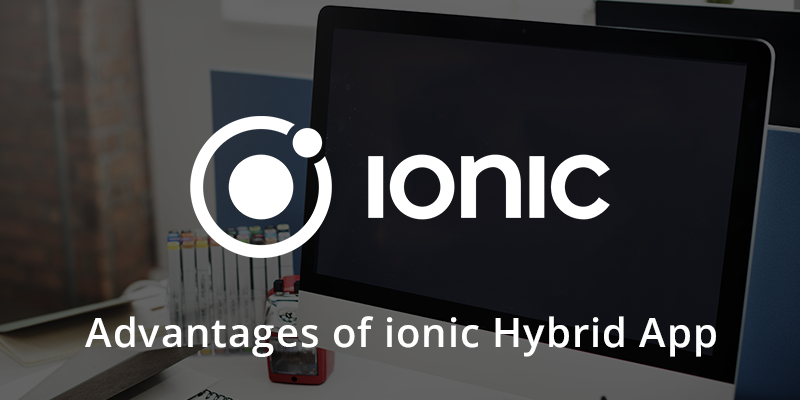 Ionic is an HTML5 based mobile app development framework that specializes in hybrid apps. Small websites operating in a browser shell in app with access to the native platform layer are known as hybrid apps. Hybrid apps have many advantages over pure native apps which include platform support, development speed, and access to third-party code. Consider Ionic to be the front-end UI framework that manages the overall look and feel of your project as well as UI interactions. Like ‘Bootstrap for native,’ but with support for wide range of native mobile components, smooth animations, and attractive design.

Ionic, unlike a responsive framework comes with native-styled mobile UI elements and layouts that you’d find in a native SDK for iOS or Android but didn’t exist on the web before. Ionic also provides some unique yet powerful techniques to create mobile apps that outperform standard HTML5 development framework. Ionic was built with the hope that like on desktop, HTML5 will eventually prevail on mobile.

Almost everyone spent their computing time on the browser after desktop computers got powerful enough and browser evolved sufficiently and the vast majority of developers were working on web application. Smart phones and tablets can now run many of the same online applications thanks to recent developments in mobile technology.

The structure of an Ionic app is simple for those who are experienced with web development. Ionic hybrid app development just a web page running in a native app shell at its heart, As a result, we can use any HTML, CSS, or Java script we desire. The only difference is that instead of developing a website that others may connect to, we’re creating a standalone application experience.

Angular JS is also used by Ionic hybrid app development for a lot of the framework’s essential functionality. While you can still utilize Ionic with just the CSS portion, we advocate investing in Angular because it is currently one of the finest ways to build browser-based application.

i. When compared to native iOS/Android apps, development and time to market are much faster.
ii. The majority of the work maybe done in the browser(except for native phone functionality, which you have to debug using a phone)
iii. Can work on both iOS and Android at the same time (with some restriction such as platform for styling and plugins).
iv. You only need Angular, HTML, CSS, and Java script to get started-there’s no need for Java, Swift, or Objective-C.
v. Cards, buttons, toggles, segments, modals, inputs, lists, row/column grid, and other UI component are readily available and simple to utilize.
vi. There are numerous plugins that enable the usage of smartphone-only feature such as cameras, fingerprint scanners, NFC, geolocation, analytics to Firebase, push notification, and deep connections.

i. Web View limitations- Because the application can only run as fast as the Web view instance, speed is dependent on the platform’s browser.
ii. Access to native functionality using plugins- Access to native APIs you may not be available right now, and creating a plugin to support them may take extra development.
iii. Developers would have to construct all of the user interface elements themselves if they didn’t use a technology like Ionic.

For mobile app development, Ionic is a sign of incredible performance, native and web optimization, and user-friendly design. They’ll very certainly maintain their position as the demand for quick and low-cost mobile apps grows. However, before deciding on one technology over the other, your app’s requirements and use cases should be taken into consideration.

Our Ionic developers have all of the necessary skills to tackle even the most complicated mobile app development projects. We are prepared to offer a professional software development services for your mobile app requirements. Reach out to us today to explore more! 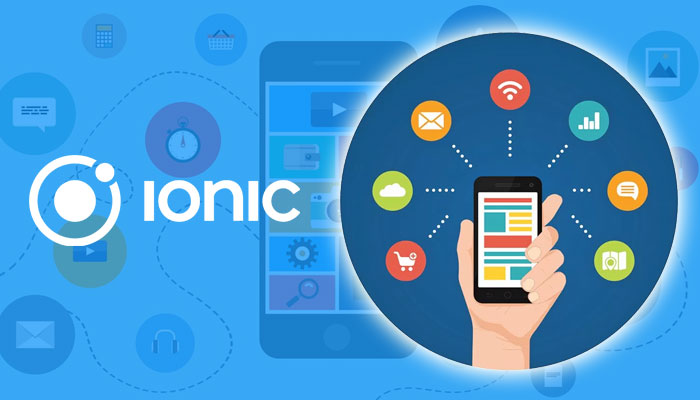