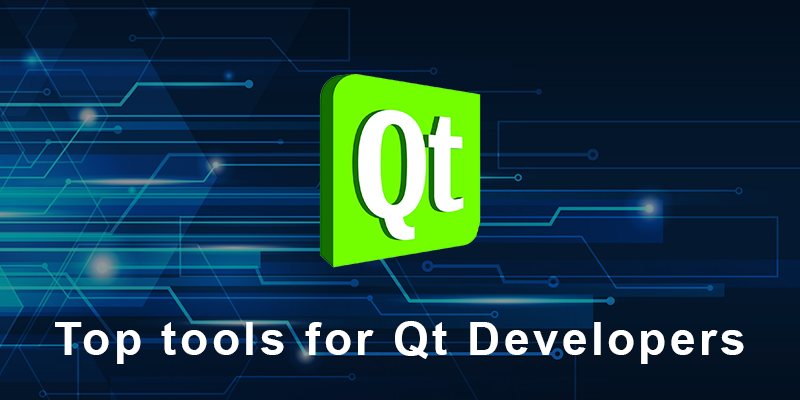 Qt Programming is based on a Norwegian company named Trolltech and was acquired by Nokia in 2008. A Finnish company named Digia acquired QT from Nokia in August 2012. It is currently being developed both by The Qt Company, a subsidiary of Digia, and the Qt Project, under open source governance, involving individual developers and firms.

Qt programming is a free and open-source widget toolkit for creating graphical user interfaces (GUIs) as well as cross-platform applications that run on a variety of software and hardware platforms, including Linux, Windows, macOS, Android, and embedded systems, with little or no changes to the underlying codebase, while maintaining native capabilities and speed. Qt allows programmers to create their user interfaces using a technique that is familiar to most end users.

The majority of GUI programs are written in Qt and have a native interface; Qt is categorized as a widget toolkit. Non-GUI apps, such as command-line tools and server consoles, are also possible.

If you've ever been annoyed by debugging countless Qt structure internals, this is something you should certainly try. From a Qt standpoint, GammaRay understands most of the fundamental Qt components – QtQuick scene graphs, model/view structures, QTextDocuments, signal/slot activations, focus management, GPU textures, QWidgets, state machines, and more – allowing you to inspect and naturally update data at runtime. You can attach to running apps or debug them from the start (both local and remote).

This is something that every Qt developer should know about. You can get compile-time warnings for Qt best practices, such as needless memory allocations, abused APIs, and wasteful constructions, by including clazy in clang. Clazy is a fantastic tool for improving your Qt code, and it can even provide automatic refactoring fixes for some of the issues it discovers — no coding required!

This is how the lazy guy modernizes C++. Clang Tidy, another clang-based tool, highlights older C++ idioms that might be updated. It highlights where they should be replaced with new C++11 or C++14 features, and in many situations, it can perform the refactoring automatically. That's what I'm talking about when I say "productivity."

Perhaps you think it's unfair to include Qt Creator in this list because it's already on every Qt developer's computer. Yes, but did you know that the built-in QML profiler can help you locate slow regions in your Qt Quickcode? Try pressing Alt+Enter to see a list of all the refactoring options available at the cursor point. What about other useful key sequences for finding symbol references, running a git diff, or recording a macro, among other navigation and editing aids? If you only knew about them, you could utilize them 10 times a day. Don't be a slave to your mouse; print off our helpful reference card and pin it on the wall of your cubicle.

Performance issues can sometimes be located outside of your program, in multiple-process interactions, hidden in driver stacks, or as a result of how you're calling the operating system. You'll need a system-profiling tool for this kind of truly low-level debugging. It might feel like slapping a fly with a bazooka, but a system profiler is a priceless tool that can uncover issues that no other tool can.

QT Programming helps most GUI programs to have a native-looking interface, that’s why Qt is classified as a widget toolkit. We have the expertise to design and develop excellent user interfaces for C++ products using Qt or MFC. For more information please reach out to us at info@oditeksolutions.com