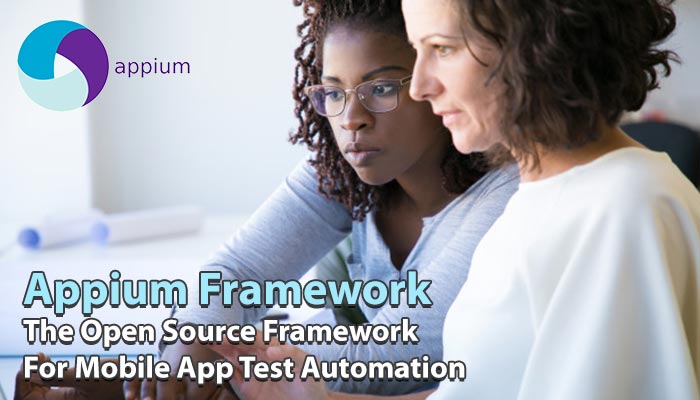 Automated mobile UI testing is relatively new in the field of QA automation. QA specialists used to face a myriad of challenges because of low environment performance, buggy tools, and issues associated with mobile platforms. Android versions can be one such example. However, the situation fundamentally changed around 2014 with the appearance of Appium 1.0 in the market. With this open source test automation framework, testing became much easier, but some challenges remained. While desktop and web applications are quite stable regarding testing, the same thing cannot be said about mobile application testing. This brief post on mobile test automation with Appium will help you minimize the number of mistakes and make the testing process faster.

To address the needs of testing a complex network environment with sophisticated application software requires effective mobile app testing platforms that are secure and support automated functional and non-functional testing capability while focusing on UI and functional interface.

This post will give you a brief analysis of how the Appium framework is the cross-platform solution for mobile test automation.

Appium is an open source test automation framework that automates the mobile app testing automation. It is a wrapper that internally uses the JSON wire protocol to interact with Android and iOS native apps using the Selenium WebDriver translates.

Appium Mobile Automation - Why Is It Important?

As discussed, Appium is a cross-platform, secure, and open source test automation framework for mobile web, hybrid, and native applications on iOS and Android platforms. Appium is device-dependent, but iOS independent. Upon platform dependency, it translates Selenium WebDriver commands into respective commands. Appium developed scripts enhance the coverage, speed, and effectiveness of mobile app testing on real devices. It brings development and quality assurance closer together for better and faster mobile application delivery.

Mobile Test Automation With Appium - Why Should You Choose The Framework?

1. Appium framework does not require any third-party code to compile into the application to make it automation friendly.
2. Execute multiple tests on multiple platforms without the need for managing them.
3. Run test sequences with hundreds of test cases across multiple platforms.
4. Cross-platform mobile testing which means the same test would work on multiple platforms.
5. On-demand testing leverage instant results.
6. View and share device interactions using real-time built-in collaborative screencasting.
7. A variety of programming languages and frameworks by wrapping the vendor-provided frameworks in the WebDriver API that specifies a client-server protocol.
8. The programming language and the whole experience for a tester would remain the same irrespective of the automating platform as all complexities are under the hood of the Appium server.

Let’s make it even better!

Compared to all other automation testing tools, mobile test automation with Appium offers the best solution for mobile testing. It is also considered to be the best by the testers. So, if you have already zeroed upon Appium mobile automation, it is a good decision to go for it.