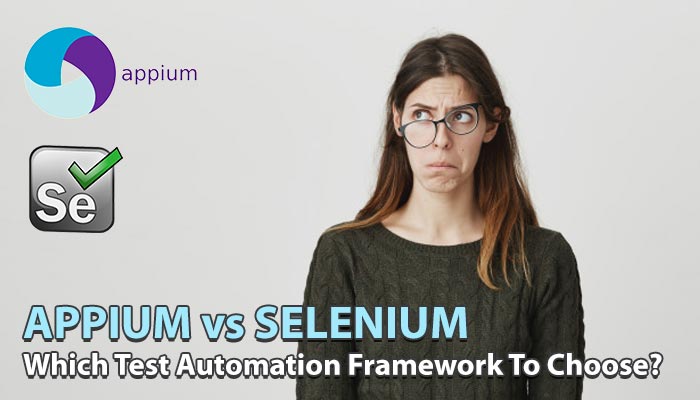 As technologies are continuing to evolve at a faster pace, organizations should leverage all the possible ways to increase productivity, enhance efficiency, and reduce costs. Many organizations have started adopting an agile approach to software development, as a result, automating the test cycle has become mandatory for testing teams. And test automation frameworks like Appium and Selenium have become buzzwords in the test community for this very reason.

This post aims to highlight key differences between Appium vs Selenium, So, let’s begin.

2. WebDriver: The testers have options to choose from two different parts of Selenium - Selenium IDE and Selenium WebDriver. With Selenium WebDriver it gets easier to create browser-based regression automation tests and suites. It even allows testers to distribute the test cases smoothly across varied test environments.
Appium automated mobile app testing by leveraging WebDriver. It drives both Android and iOS sessions through WebDriver JSON wire protocol.

4. Design Concept: Appium was developed as an HTTP server using NodeJS. To initialize and use the Appium server, a tester needs to install NodeJS on the system as a prerequisite. On the other hand, Selenium is designed as a test automation suite for web apps and websites. It is designed to accelerate web application testing by controlling browser actions automatically.

On the whole, both Appium and Selenium are cross-platform and open source automation testing tools. Appium accelerates the testing of hybrid, native, and mobile web applications. Whereas, Selenium comes with features to simplify the development of various web applications. Hence, it is always essential for testers to keep in mind the requisite project needs when comparing both.