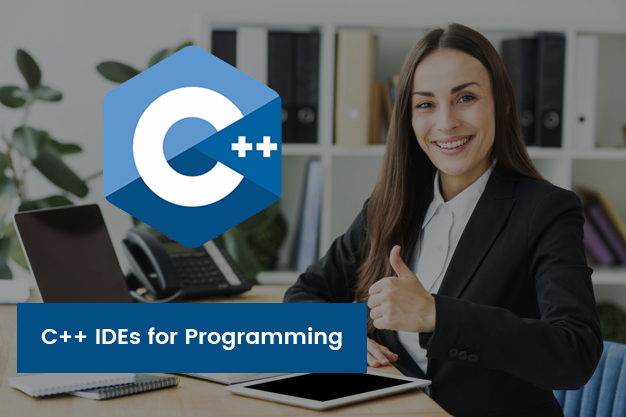 C and C++ are mainstream programming dialects utilized in numerous areas of software development, such as embedded system development, desktop applications building as well as device driver building. An IDE with built-in support for compilation is used for altering and debugging the source code. C++ IDE or C++ integrated development environments are simply software platforms that facilitate developers with a set of tools for software development in a single product, with the help of C and/or C++ programming languages. C/C++ IDEs have the capabilities as well as integrated features to compile, debug, or intelligently complete code for a specific platform.

C/C++ IDEs are massively used by development teams for building new apps, software, web pages, and services, etc. C++ Ide works as a single tool with all the features needed to accomplish the complicated tasks without any further integration. It is also used for compile-time code optimization, analysis, generating code for run-time compilation, and also for integration into the operating system.

There may be various IDEs relying upon the programming language, yet here we will feature the most amazing IDEs for C and C++ development.

It is an open-source IDE widely used by C++ programmers to develop applications with an additional C++ plugin. It can be used on multiple platforms such as Windows, Mac OS X, and Linux. It automatically validates syntax through debugging and compiling. It contains a GUI having remote project management, ready-made code templates, and “drag-and-drop” functionality.

It also supports Windows, Mac OS, and Linux. Some of its features that amaze the programmers are, user-friendliness, project management, auto-formatting, customizations, code analysis, easy running and debugging of code, testing individual units of source code, etc. These features help in the easy and fast coding of an application. Additionally, as a cherry o the top, it also facilitates its developers to analyze the application's performance.

it is an open-source IDE for C++ that supports all the activities related to a code starting from compiling, debugging, code coverage, profiling up to auto-completion of the code. It also has the drag and drops feature in its GUI for arranging elements. It is efficient in various operating systems such as Linux, Windows, and Mac OS. Both Object-Oriented Programming and code analysis are its specialty. Switching between multiple projects is easy with CodeBlocks because of its tabbed interface. The "Full breakpoint condition" feature allows you to stop the code execution if any condition is not met completely.

Unlike other C++ IDEs, Qt Creator provides just a one-month free trial. It is truly cross-platform in nature because it not only supports almost all major operating systems but also facilitates developers working on the different OS to share their projects using a single development tool. Along with features like compiling, debugging, profiling, auto-completion, refactoring of code it also supports static code analysis.

These are few top-rated C++ IDEs as described by developers because of their performance speed and functionalities. These IDEs support almost all operating systems without any hassle. If you want to know more about the preferable C++ IDEs for separate operating systems specifically, do visit our blog page-

Android operating system is quite popular in the global smartphone market. Maximum active smartphone users usually opt for Android because of its user-friendliness and also it facilitates them of using whatever phone brand they want. The large variety and freedom are what the users like most about android.Looking into the demand many different IDEs have been created for mobile app development. CPPDroid, Android Studio, Visual Studio, AIDE for Android, Anacode IDE, etc. are few emerging C++ IDEs for android application development.

Out of so many options available, it's hard to pick the best IDE for C++. All of these IDEs have their pros and cons and apparently, every developer has his preferences on what he needs for a particular application or software development. For instance, a developer uses certain features or IDE for a specific project and the same developer might require various other IDEs for a different kind of project. Hence, It is quite a subjective matter to compare between the various integrated development environments (IDEs) and say which one is the best.

If you are looking to hire a team of experienced C++ developers for your software development need, then! get in touch with us at info@oditeksolutions.com today!