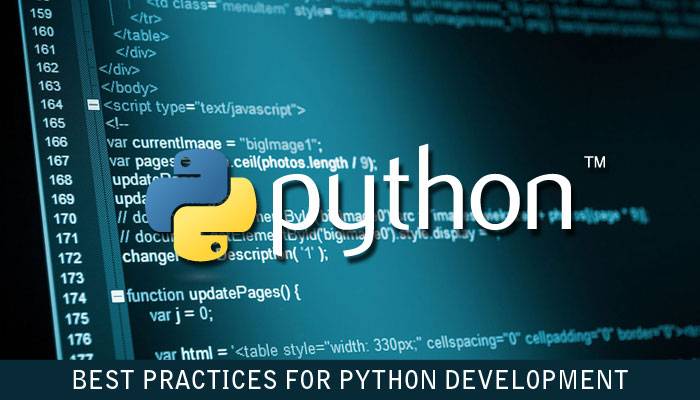 Python is a general-purpose high-level interpreter based computer programming language that has gained popularity over the years for its versatile role – from being able to support simple object oriented programming to facilitating analytics and web development. Like most programming languages, Python offers an extremely powerful development platform to create some of the most useful and robust applications imaginable. Python used in many development areas, like web development (Django, Flask), data analysis (SciPy, scikit-learn), desktop UI (wxWidgets, PyQt) and system administration (Ansible, OpenStack).

Advantages of Python Over Other Programming Languages

Third Party Modules and Extensive Libraries
The Python Package Index (PyPI) contains plenty of third-party modules that make python suitable for connecting and interacting with most of the other major platform and languages.

Open Source and Community Development
Python is developed under an OSI-approved open source license and community already includes a large Linux and academic. The python’s license is administered, making it freely usable and distributable, including for many academic use cases in both math and science and commercial purposes.

Easy to uses and more function
This Programming language is easy to code and learn. The common expressions trims out a lot of programming fat, allowing to shorten the length of the code. The code style rules, PEP 8, give an arrangement of rules to encourage the designing of the code. Python lets the developer to build more functions with fewer lines of code.

User-friendly Data Structures
One of the important advantages of python is, its built-in list and dictionary data structures promotes to build a faster run time data. Python as a strong interpreter which keeps track of all variable types. Dynamic high-level data typing is an optional feature in python, which shortens the length of support code if needed.

Use some of Python’s “speedup” applications
Python has developed a reputation as a solid, high-performance language. Lots has been done in recent years to get to this point. The PyPy project aims to speed up Python as a whole (and is doing a great job of it). And Numba is another tool that can offer amazing speedups by implementing high performance functions written directly in Python.

Using generators & sorting with keys
Generators are helpful in memory optimization because they allow you to create a function that returns one item at a time rather than all the items at once. A good example would be when you’re creating a large list of numbers and adding them together.

Using the latest releases of Python
Python is maintained through a community of developers who are committed to keeping the software current and robust. Each new release of the language is technically going to be faster and more optimized than before, so it’s a good idea to plan your move. Just be sure that your favorite supporting libraries are compatible with the newest versions.

Avoid unwanted loops
The consensus is out that too much looping in any programming language is not a good thing, and puts unnecessary strain on your server. Some simple tweaks like storing the length of an array in a different variable instead of making it read the length at every iteration of the loop, can go a long way to optimizing your code and ensuring things run much more efficiently.

Keep Python code small and light
It is often the case in programming that simplest is fastest. In this day and age performance is critical and it’s especially important to keep your Python code as compact as possible to reduce latency and speed things up.

Using static code analysis tools
There are lots of open source tools available that you can use to make your code compliant with standard style guidelines and best practices for writing code.

Pylint is a Python tool that checks a module for coding standards. Pylint can be a quick and easy way of seeing if your code has captured the essence of PEP-8 and is, therefore, ‘friendly’ to other potential users.

Speed Up Your Performance(Multiprocess, not Multi-thread)
When it comes to improving the execution time of your multiple-task code, you may want to utilize multiple cores in the CPU to execute several tasks simultaneously. It may seem intuitive to spawn several threads and let them execute concurrently, but, because of the Global Interpreter Lock in Python, all you're doing is making your threads execute on the same core turn by turn.

To achieve actual parallelization in Python, you might have to use a Python multiprocessing module.

Use virtual environment
it is often advisable to use Virtual environments (lightweight, self-contained Python installations) to avoid conflicting versions of a dependency across multiple projects while developing.

Analyzing your code
It's often helpful to analyze your code for coverage, quality, and performance. Python comes with the cProfile module to help evaluate performance. It not only gives the total running time, it also times each function separately.

You can easily test various aspects of your codebase using a CI service. Some typical checks in CI include:

Python is easy and versatile. With its quick and fast approach it makes life easy for those who work with data. It is also the first step in many new age technologies like Machine Learning, Data Science, and Artificial Intelligence. It is the 5th most popular programming language in the world, and the 1st in data science and machine learning market. It is also used by industry giants like Google, Spotify, Netflix to generate insights, and build products.

For more information about Python development, please drop an email to info@oditeksolutions.com

Python is a dynamic object-oriented programming language that offers strong support for integration with other languages and tools.This high-level language can be used for development of different software types. Serving as a basis for many open-source and commercial frames due to the OSI-approved open source...