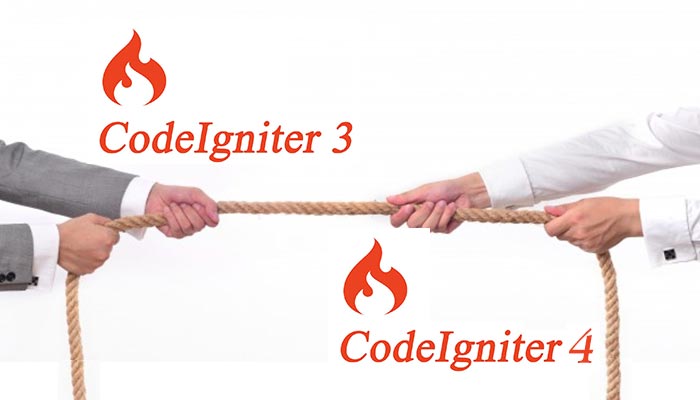 CodeIgniter is truly bliss for developers as it provides the simplest way to develop dynamic websites in PHP. It has several built-in functions that make it easy for the users of CodeIgniter to resolve any kind of problems if arises. But do you know what is CodeIgniter Framework? What is the latest version of CodeIgniter available, and how is it different from its previous ones?

CodeIgniter is an open-source framework that works with MVC (Model-View-Controller) model which makes it easier for developers to optimize time while developing completely functioning websites and applications on PHP. CodeIgniter is the fastest among all available PHP platforms. There are separate versions of CodeIgniter which are utilized by its users. Out of all other versions, CodeIgniter 3 and CodeIgniter 4 are the stable ones. CodeIgniter framework allows you with out of the box libraries for the database as well as for performing basic operations like sending emails, file uploading, session management, etc.

CodeIgniter 3 is the current version of this framework that is licensed under the MIT License. It was released on 19th Sept. 2019. There are several modifications available with this current version. The CI_Log is to incorporate PHP_EOL rather than\n at the end of messages. Several database related bugs are fixed too.

To operate the CodeIgniter 3 framework, PHP version 5.6, or above is required. It may also work on 5.3.7 also but the old versions might not be secured and also the performance will not be up to the mark there. Whereas in 5.6 the steadiness, as well as the performance is sort of good. Certain databases are required for CodeIgniter 3 such as-

CodeIgniter 4 is the upcoming version of this framework which is supported by MIT License. It will be published soon. CodeIgniter 4 has been kept quite flexible to provide you a smooth experience. The main goal of CodeIgniter4 is to enable you to develop your projects much faster. It will help you creatively focus on your project by diminishing the amount of code needed earlier for that particular task.

For CodeIgniter 4 PHP version 7.2 or newer is required along with additional *intl*extension and *mbstring* extension. PHP extensions such as php-json, php-xml, and php-mysqlnd must be enabled on your server. For using CURL Request, libcurl is required to be installed.

The currently supported databases are-

1. MySQL (5.1+) via the MySQLi driver
2. PostgreSQL via the Postgre driver
3. SQLite3 via the SQLite3 driver

3. Directory Organization: The file structure is CodeIgniter 4( i.e. /app,/system,/public,/writable,/tests ) is completely different from that of CodeIgniter 3 that is managed in two directories only (i.e./application,/system)

4. Migration between versions: In between the migration from version 2 to 3, version 3 was overwriting the files in system directory as well as updating the names of certain files. When version3 is changed to 4 then a new structure is adopted to solve the issue. Apart from this CodeIgniter 4 is not compatible with the backward transfer of data; hence the process of developing versions 3 to 4 may require little more effort.

5. Settings: In CodeIgniter 3 the necessity was to perform a good number of configurations. But with CodeIgniter 4 the initial setting is negligible for the application to run.

7. Use of Entities: in the case of CodeIgniter 3 there is no native support for entities that will help to build the database as a part of an application, so if any person wants to use it have to take the help of the third-party libraries and can make required adjustments. Whereas in CodeIgniter4 this feature is supported.

8. Performance: Since CodeIgniter 4 uses PHP 7 in writing along with a minimum configuration on the server has a better performance than that of CodeIgniter 3 which uses PHP 5.

CodeIgniter 4 has already gained lots of positive impressions before its official launch because of its amazing features. Since this version requires PHP 7 as minimum configuration, so, it’s already there on the cutting edge of technology. However, the framework is still in the development phase, so it can’t be used directly for commercial purposes.

Oditek Solutions is expertise with CodeIgniter developers to help you meet your business challenges. We provide a team of developers as well as a technical support team to help you resolve all your queries related to CodeIgniter Framework. 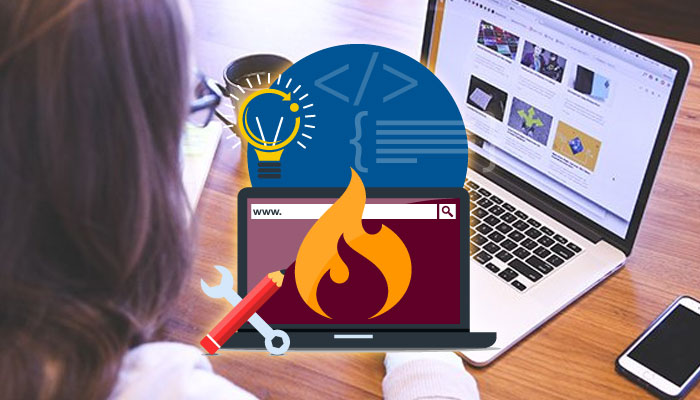 PHP Codeigniter framework is a powerful framework used for building fully functional dynamic applications. Being based on MVC pattern, Codeigniter development lets you split the data from visual presentation and application logic. Whether you want to build a small or large application, robust and easy...