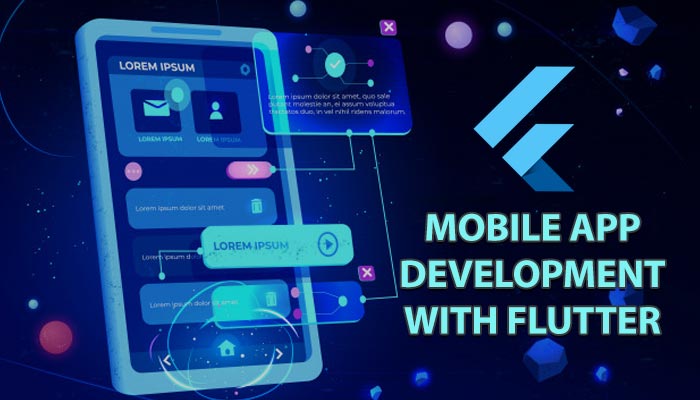 
Flutter is an open-source UI Software Development Kit used for cross-platform mobile app development. It means the application developed using this tool is compatible to run on multiple operating systems ranging from Android, iOS to Windows, Mac, Linux, and others.

Flutter was introduced by Google in 2015 as a beta version. However, with time, Google kept on working on the improvements of Flutter by resolving issues encountered during mobile app development. Finally, in December 2018, Google released its first stable Flutter 1.0 version, and since then its gaining popularity in the field of mobile app development.


1. Flutter is Google’s open-source technology that helps to build iOS and Android mobile apps with a single codebase.
2. It is a complete SDK for building cross-platform mobile applications.
3. This includes a rendering engine, widgets, APIs, and command-line tools, etc for faster development.
4. Dart is the programming language that is used by Flutter. It uses Ahead-of-time compilation.
5. Fuchsia OS would also be built on Flutter.

The app development using Flutter revolves around the combination of widgets. Flutter provides different types of widgets for aspects like structure (a menu or button), styling (a font or color scheme), layout (padding), and others. Using these widgets, you can easily craft the entire UI of the mobile app.

These are Flutter developed widgets and due to it being an open-source platform, any Flutter developer across the world can use these widgets. Also, developers avail the freedom of creating their widgets.

With other frameworks, you may witness performance issues while compiling programming language to other platforms using JavaScript bridge. However, this is not the issue with Flutter because it comes with reactive-style views and employs Dart for writing apps.


1. Faster code writing
For developers, choosing the right platform that helps to write code faster is a major concern. That’s where Flutter comes into the picture. Flutter helps to write code faster and helps to build dynamic apps. Flutter app developers can make the changes in the code and see them in the app instantly. The Hot Reload feature in Flutter helps the team build the apps faster, fix the bugs on-the-go, and experiment with mobile app development services. Being a designer-developer friendly, Hot Reload is an added advantage of using Flutter for mobile app development.

2. Reusable Components
Developers can write the code once and use the same code for another OS. To develop apps for both iOS and Android we can use a single code base. Some developers and industry experts may say that’s exactly what React Native does. Believe it or not, it is more natural with Flutter. As it has its widgets and designs, it becomes easier to build cross-platform apps with Flutter development tools. And yeah, if you want to differentiate apps for different platforms – that’s possible with Flutter.

3. Less testing
One can save time and effort with Flutter mobile development. When you have the same app for two different platforms, the QA testing process becomes faster. Flutter developers can test the app only once by running automated tests. If there is some difference in apps for different platforms, then, in that case, developers or QA team will have to run the tests separately.

4. Excellent User Interface
As Flutter has design-centric widgets and advanced navigation features, you can expect amazing user interfaces for mobile apps. Widgets can be used to enhance the visual aspects of the mobile app. You can use the available widgets or even customize them as per your exact requirements. A good Flutter app development company can help you customize the widgets and add the desired functionality to your mobile app.

5. Widgets
The use of widgets improves the app’s interface. They provide a natural look and feel to your app irrespective of the screen size. Flutter offers a wide range of widgets that possess extensive capabilities to build the best apps.


1. Mobile-only
As of now, Flutter can be used for mobile apps only; it does not support web browsers. When eCommerce business owners need to select a technology stack, this may be a concern if you are thinking of picking Flutter for mobile app development.

2. Limited libraries
The framework is quite new in the market, and so, you may not get all the useful libraries that you may need. Flutter developers may have to build libraries from scratch and this may consume a lot of time and effort.

3. Limited TV Support
If you are looking for building a mobile app that can run on Apple TV or Android TV, then Flutter may not be a good option. You should look for other frameworks for such apps.


The world is changing – and technology drives our everyday lives. Thanks to the huge influx of mobile, web, and desktop applications – the way we live are derived hugely by the apps. As a result, mobile app development services are constantly on the rise.

Newer trends about AI, IoT, AR/VR, etc. there is no looking back with immense promise for the better in the near future. Similarly, Google’s Flutter holds immense potential for companies to create apps that work on all platforms with quicker turnaround and go-to-market aspects.

Moreover, it’s easy to learn alongside simple constructs that enable developers to code without any hindrances. All these factors present with enough conviction to go the Flutter way when it comes to developing apps that will be the undeniable king of the native mobile applications solution community for 2020. 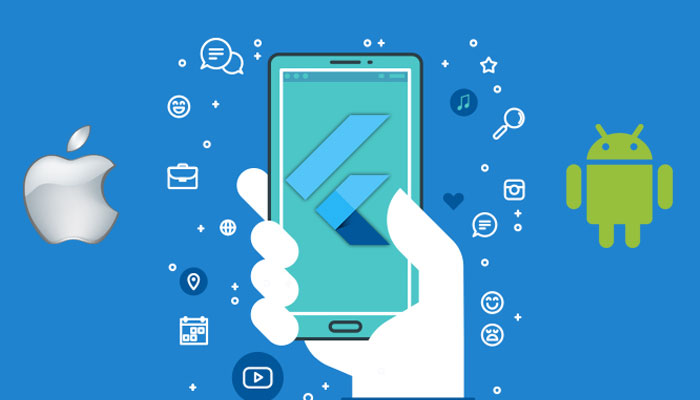 Flutter is an open-source mobile application development framework created by Google which makes it smooth and easy for to build user interfaces that react fluently in app, while minimizing the amount of code required to synchronize and update app's view. Flutter development is gaining the limelight for building eye-catching native...