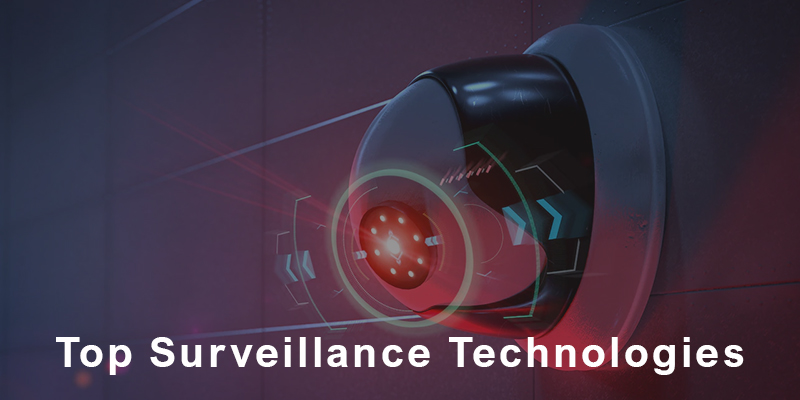 We live in a time of rapid technological advancement. That progress has brought us numerous benefits and conveniences, but it has also resulted in a flood of new spying and monitoring tools. These include new or significantly enhanced imaging gadgets, location-tracking technology, communications eavesdropping systems, and new ways to acquire ever more granular data on individuals and their activities.

All too often, these surveillance technologies are deployed faster than our social, political, educational, or legal systems can respond, resulting in a "land rush" in which companies and government agencies deploy new privacy-invading technologies before subjects are aware of their existence—and certainly, before we have consented to their use through our democratic political system.

Video surveillance cameras are becoming more common in everyday life in the United States. Although surveillance cameras have been present for decades, we have witnessed something altogether new in the American experience in the last few years: the installation of centralized, government-run video networks.

The term "big data" refers to the collection and aggregation of massive volumes of information that can only be handled and evaluated by powerful computers. Large organizations are accumulating personal information about individuals and creating extensive profiles that include sensitive information such as political viewpoints, religion, race, and medical issues. And we may never know that it exists.

Police body cameras have the potential to be a much-needed tool for police supervision at a time when it is becoming increasingly clear that the United States has a serious problem with police violence. However, if the technology is to be effective in providing oversight, minimizing police abuses, and boosting community trust, it must be deployed with strong regulations to ensure that those goals are met. Without sound policies, they risk becoming just another police surveillance gadget, with the real possibility of invading privacy. Policies governing when the cameras are switched on, who gets access to the material, and under what conditions are especially crucial.

A biometric is a method of identifying someone based on bodily traits such as fingerprints, DNA, retinas, voice, face, or even gait. When these simple measurements are collected, evaluated, and stored in easily accessible databases, they pose an unprecedented threat to privacy.

The use of surveillance drones by police enforcement in the United States is rapidly rising, and private actors are also attempting to capitalize on the technology for personal and commercial gain.

Facial recognition systems are based on computer programs that examine photographs of human faces in order to identify them. Unlike many other biometric systems, facial recognition may be used for widespread surveillance in conjunction with public video cameras, and it can be used passively, without requiring the subject's awareness, approval, or cooperation.

RFID chips are tiny computer chips that are linked to miniature antennas that can be placed on or in physical items. They are used in a wide range of applications that require "contactless" authentication, such as toll booths, transit passes, passports, and contactless entry keys.

Stingrays, also known as "cell-site simulators" or "IMSI catchers," are invasive cell phone surveillance devices that send out signals that resemble cell phone towers and mislead mobile phones in the area into communicating their positions and identifying information. When deployed to track a suspect's phone, they also collect data on the phones of countless bystanders who happen to be nearby.

Surveillance technology is defined as any electronic device, the system that uses an electronic device, or similar technological tool that is used, designed, or primarily intended to collect audio, electronic, visual, location, thermal, olfactory, biometric, or similar information that is specifically associated with, or capable of being associated with, any individual or group. OdiTek has strong expertise in Video Surveillance Systems development, do reach out to us for more information.