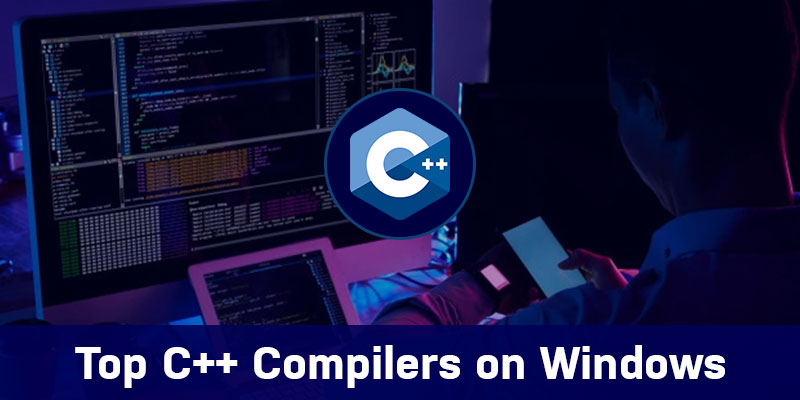 In order to use C++, you will need to understand how compilers work and how C++ works on your computer. When it comes down to it, computers only speak one language: Binary bits, or 0 or 1s, make up the entirety of machine language. Although it is possible to program in binary, it would be incredibly difficult and would consume a lot of time for this reason programming language was developed. Machine language and assembly language are identical to each other. C, C++, and COBOL are higher-level languages that must be built down. It can even go higher. Components of languages like JavaScript and Python are translated into C++ or other low-level languages before being compiled essentially are making them higher languages than C or C++.

Because computer architecture is made up of electronic switches and cables that can only work with binary 1s and 0s, you’ll need a compiler to convert your C++ code into machine language that the CPU understands. If you are using windows or android you need to install a C++ compiler on windows like code blocks, etc. and for android, you have to install compilers like C4droid in order to run the programs. Compilers are programs that take your source’s code and turn it into machine code files that can be executed. The pre-processor reads the source code before running the compiler on your code. The pre-processor looks for pre-processor directives. Pre-processor directives instruct the pre-processor to alter your code.

The compiler next goes line by line through the code, turning each line into machine language instructions. This will also reveal any syntax mistakes in your source code, and errors will be thrown to the command line. Finally, if there are no mistakes, the compiler generates an object file containing the machine language binary required to run on your computer. While the object file built by the compiler is probably good enough to accomplish something on your computer, it isn’t a working C++ application executable. To get to an executable program, there is one more critical step. In order to for you to have a final executable program, another program known as the linker must merge your object files with the library function required to run the code in order for you to have a final executable program..

It is a C++ compiler on windows that is an open-source tool that doesn’t require any third-party software. GCC compilers are included, which include C, C++, and Fortran language compilers. The user prefers this compiler over others because of the high level of portability provided by ANSI Compliance in GCC. Window 32 allows you to construct your own project, which can be filled with various packages and licensed in your own version. The whole source code is provided via G++. Its main advantage is that it is quick and easy to use, and it only requires DLL libraries.

This is the oldest and cheapest compiler on the market, with no competition. Borland is a C++ integrated development environment that was popular in the 1990s and works with both MS-DOS and Windows. They create simple editing capabilities to make their code simpler and easier to understand.

In the year 1993, Microsoft switched the development of Visual C++ to new technology. With the class library, Microsoft’s strategy has accomplished additional capabilities that increase productivity and provide an integrated environment for expert C++ developers. The development of MFC architecture, which provides the fastest executables for developing Windows-based applications, is a significant element of Visual C++.

Intel C++, also known as ICC, is a commercially licensed program that compiles C and C++ and provides RPMs. It was developed by Intel Corporation with embedded New Intel architectures. They include Cache work and SIMD instructions that are highly focused. This compiler completes the task faster, more efficiently, and more profitably than GCC. Intel’s primary feature is its flexibility; switching between compilers is simple and favored by software developers.

It is a well-known and easy-to-use C/C++ IDE and compiler for the Android platform. You can use your phone to write and run C and C++ programs. It helps you create applications on your android device without any internet connection. It has syntax highlighting, tabs, code completion, code formatting, file association, and undo/redo are all features of this source code editor.

It is yet another free C/C++ IDE and compiler for Android. It is primarily concerned with the study of programming languages and libraries. It has code completion, real-time diagnostics, file and tutorial navigators, static analysis smart syntax highlighting, auto-indentation, and auto-pairing are all included. C/C++ code completion and execution works offline.

A compiler is a program that can read source code and translate it into object-level code. We need a compiler to execute the program because the source code is incomprehensible to a computer. It will only be able to understand code at the object level. The source codes are in a human-readable format, but the system is unable to comprehend them.

OdiTek has been delivering flawless C++ projects with extensive C++ skills and a team of professional C++ engineers, both on Windows and Linux platforms. If you have any questions or need assistance with C++ development projects, please contact us at info@oditeksolutions.com.